Bill Keith’s success and determination has attracted national media coverage, and has drawn the attention of the White House. Bill Keith was invited twice by the White House to attend President Obama’s meetings in Indiana, where he challenged the President to reach out to small businesses that are innovating renewable energy products. He was a featured guest at Vice President Biden’s Middle Class Task Force Summit in Philadelphia in March 2009, where SunRise Solar was recognized for its efforts to reduce energy consumption and promote American manufacturing. Bill Keith has also attended meetings with Energy Secretary Chu and others at the White House to discuss the challenges small businesses face in the renewable energy industry. Bill Keith also served on a committee with the US Chamber’s Global Intellectual Property Center in Washington, DC where he represented small business.

The Environmental Defense Fund in Washington did a study of SunRise Solar in 2009. Bill Keith also was asked to work with Indiana state legislators to offer a state tax deduction for solar attic fans – the bill passed in June 2009. SunRise Solar has been featured twice on ABC World News with Charles Gibson, where Nightline anchor Bill Weir interviewed Bill. Bill appeared LIVE on CNBC with Erin Burnett, and has been on many local television and radio shows, along with national print media, including the Wall Street Journal and New York Times. Bill Keith was interviewed by New York Times bestselling author Frank Luntz – his interview was shown to focus groups to determine what the public liked about Bill's story. Under Bill Keith’s leadership SunRise Solar has received many awards and notable interviews including: 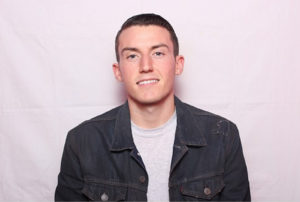